Mercury Amalgam: Toxic In, Toxic Out!

By office on Wednesday, September, 21st, 2016 in Mercury No Comments

If you’re savvy – and we suspect that you are – you may have wondered why the American Dental Association still endorses the use of mercury amalgam to fill teeth, even as other countries have banned it. 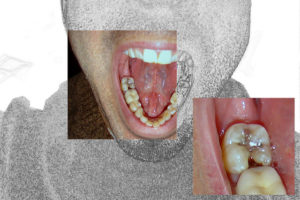 You might question how the US could ratify the global mercury treaty known as the Minamata Convention, which calls for a phase-down of amalgam, yet still encourage its dentists to use the stuff.

Maybe you’re outraged that your dental insurance company bases its coverage for white composite fillings on a mercury equivalent, ensuring the lowest common denominator for reimbursement.

But what if you don’t have amalgams or dental insurance to deal with? Dental mercury still affects you.

For one, consider that the dental industry is responsible for about half of all mercury pollution each year – more than four tons annually into the water supply alone. (Even more contaminates our air and soil.) In a continuous loop of toxicity, this dental mercury can break down into methylmercury. This accumulates in fish and fish-eating animals, posing serious risks to humans who consume them, especially pregnant women and children.

To protect yourself from harm, it’s a must to stay informed and advocate for yourself. Here are the top five things you need to know: