By office on Tuesday, November, 5th, 2019 in Fluoride No Comments

Over the years, numerous studies have shed light on the neurotoxic effects of fluoride, as well as its other impacts on health. Often, these end with a note about the need for more research – sometimes to fill data gaps, sometimes for more confirmation of harm.

After all, we’ve been told for decades just how “safe and effective” fluoride is, even as science has consistently challenged that assertion. The greater the weight of evidence, the harder it is to defend such a position.

Now comes the latest systematic review of fluoride’s neurotoxic effects from the National Toxicology Program, a division of the US Department of Health and Human Services. This paper builds upon their 2016 review of the science on neurobehavioral effects of fluoride on animals

by including human epidemiological studies, along with updated animal evidence and selected mechanistic information in order to reach hazard identification conclusions for fluoride and neurodevelopmental and cognitive effects. 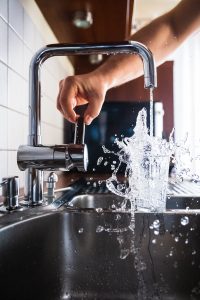 In total, the NTP researchers evaluated 149 published human studies, 339 published experimental animal studies, and 60 in vitro/mechanistic studies. Of the human studies, 82 looked specifically at the association between fluoride exposure and neurodevelopmental or cognitive effects, while the rest considered thyroid or other health effects. All studies were screened for relevance, validity of data, and risk-of-bias.

And what did they find? Although evidence of harm to adults was lacking for a variety of reasons,

The human body of evidence provides a consistent pattern of findings that high fluoride exposure is associated with decreased intelligence quotient (IQ) in children.

That finding, they wrote, “is supported by the extent, consistency, and magnitude of the effect in the available data in children.”

All 13 lower risk-of-bias studies reported that higher fluoride exposure is associated with at least one measure of decreased IQ in children across multiple populations.

This review was published as a draft so it could be made available for peer review, a process underway at the National Academies of Sciences, Engineering, and Medicine.

“We hope that when the National Academy of Sciences completes its peer review,” says Dr. Paul Connett, current director of the Fluoride Action Network,

NTP will raise the classification of fluoride to a ‘known’ from ‘presumed’ neurodevelopmental hazard to humans. Whether they do or not, the weight of scientific evidence in the NTP review should be sufficient to force an end to fluoridation.”

Though the CDC has touted fluoridation as one of the greatest public health achievements of the 20th century, such evidence indeed suggests it is anything but. As attorney Paul Beeber, president of the New York State Coalition Opposed to Fluoridation, put it in a recent news release,

Government agencies and organized dentistry were irresponsible to instigate fluoridation without brain-safety evidence. Instead, they continue to protect fluoridation and their own carelessness by demanding more research.  Shouldn’t that have been done 75 years ago? 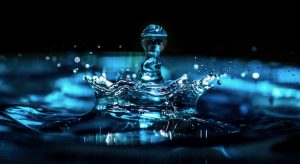 Meantime, the fight to bring an end to fluoridation continues.

What do concerned consumers do until then? Filter your drinking water appropriately, join advocacy groups like the Fluoride Action Network, and ask questions or provide information to your local and state legislators.

Also remember what really does prevent cavities. Prevention doesn’t come from swallowing a neurotoxin but rather from eating a nutrient-dense diet, limiting sugars and starches, and conscientiously following a smart oral hygiene routine.