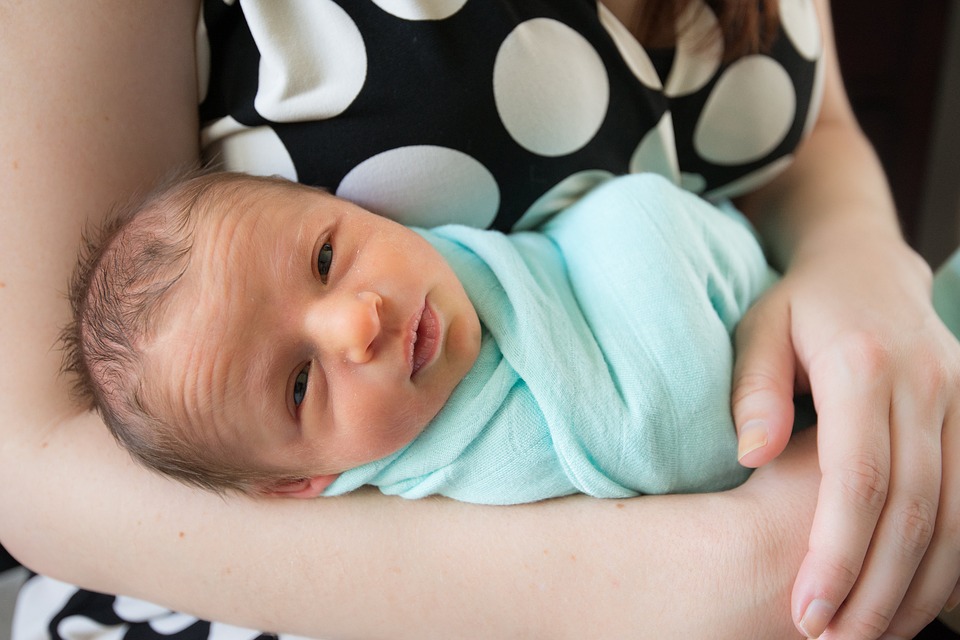 When It Comes to Feeding Babies, Breast Is Best – for More Reasons Than You Might Imagine!

By internet standards, this happened ages ago – this past December – yet we just now heard about the New York woman who was scolded by her dentist as she began to breastfeed her infant during her 5-year old daughter’s appointment.

As is the way these days, she shared the experience on social media:

To no one’s surprise, the practice owner issued a prompt apology for his associate’s behavior and promised action to ensure nothing like it happened again. He also insisted that his office supports breastfeeding.

And to that, we say, “Great!” We think EVERY dentist should want mothers to breastfeed their children, especially through the first year.

The Impact of Breastfeeding on Dental & Facial Development

Breastfeeding isn’t just about getting nutrients. It’s crucial to a child’s orofacial development and, in turn, their lifelong health and well-being.

Presuming there’s no tongue-tie, lip-tie, or other physical factor getting in the way of nursing, the tongue naturally presses against the upper palate while sucking. (If there’s a tie, it can be released to facilitate proper nursing.) This helps widen the upper jaw so there’s plenty of room for the tongue, while the corresponding forward movement stimulates the jaw’s forward development.

Together, the back-and-forth stimulate forward growth of the lower jaw, as well.

The result is a wide, fully developed mouth in which all the teeth can erupt without crowding and the tongue can fit without either constantly thrusting forward falling back and blocking the airway during sleep. It’s a naturally healthy mouth, like the ones Weston Price documented in indigenous populations before the introduction of the Western diet.

Research has shown that muscle activity is greater when infants breastfeed compared with feeding from a bottle. Breastfeeding also has a positive impact on chewing ability and speech development. The risk of malocclusion (a bad bite) is lowered by breastfeeding through the first 6 to 12 months or longer.

Breastfed babies have a better chance of dental health than artificially-fed infants because of the effects of breastfeeding on the development of the oral cavity and airway. With fewer malocclusions, these children may have a reduced need for orthodontic intervention. In addition, children with the proper development of a well rounded, “U-shaped” dental arch, which is found more commonly in breastfed children, may have fewer problems with snoring and sleep apnea in later life.

And as we’ve noted before, sleep apnea is a risk factor for many other health problems, including high blood pressure, metabolic syndrome, diabetes, fatty liver disease, a weakened immune system, and cognitive impairment or decline. 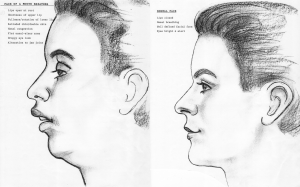 When bottle-feeding is the norm, however, even your child’s facial appearance can be affected. Narrow dental arches and under-exercised facial muscles can encourage mouth breathing. The face lengthens. The chin is often weak. Dark circles under the eyes are common – a sign that the individual isn’t getting enough oxygen due to the compromised airway.

Meantime, the teeth may grow in crowded and misaligned, mainly because there’s not enough room for them to come in properly.

Of course, orthodontics can correct a bad bite. Oral appliance therapy can help widen a narrow airway, even in adults. Myofunctional therapy can retrain and strengthen the facial muscles. (And to see just how much of a difference this can make in appearance, check out some of these before/after pics from veteran myofunctional therapist Barbara Greene.)

Yet all of these are largely preventable problems – preventable through the simple act of breastfeeding our children through infancy.